It's a wrap...the final USGP's were this weekend in Portland, OR. How was the weather? Umm.

Next on the map: State Championships in the Bubble, then to Kansas for Nationals, then to? Umm. 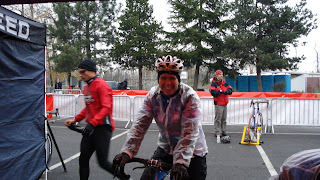 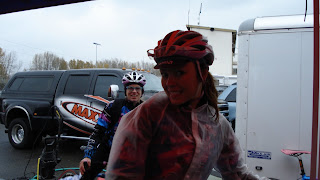 Whateva I'm bad, I do what I wanna. 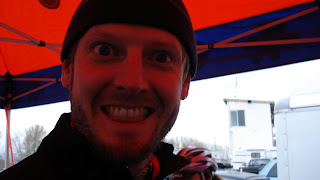 1/3 of the pit crew that saved the weekend and let the show go on. 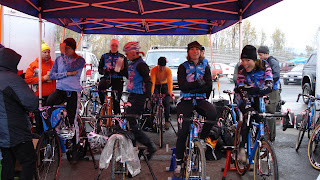 Before the first epic day...trying to stay warm and avoid the rain. 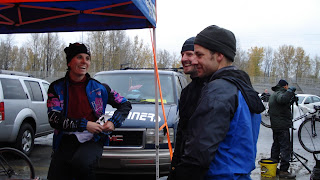 Another third of the most excellent pit crew. 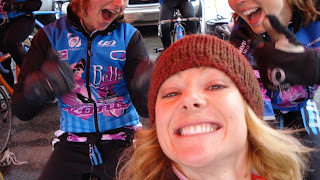 And Sara, the crazy Velo Bella downhiller who put Jen, Anna, and I up for the weekend! Who is psyched in the background? 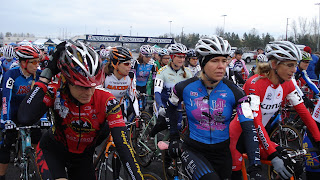 Anna works on her game face. 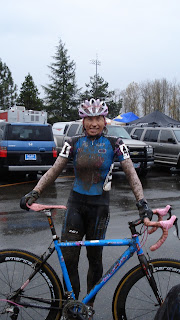 Muddy much Shannon? Many much epic-ness. Yeah, that's nothin' compared to Sunday.

Epic and cluster were the words of the weekend. Geez, it wouldn't stop raining. There was a brief 30 second period when we spotted the sun, but it vanished before the words could escape from our frosty shivering lips. Saturday was fun, but I'm not sure I can say the same about Sunday quite yet, as I can still remember the compulsive trembling shivers for 45 minutes post-race. I crossed the line cross-eyed with chills, bolted for the van, dropped my mud-soaked bike, stripped naked as quickly as possible, attempted to wipe the layer of mud off, and put every single layer of dry clothing on, while sitting in the van with the heat cranked to the max. But no, the shivers would not cease. Shaking, teeth chattering, out of our minds, we sat for 45 minutes, drinking hot chocolate until finally, slowly we mustered some sort of control over our shocked bodies. Before, during, and after was a cluster, but my-oh-my, was it epic.

I had my first bike change. Though messy and a cluster, it happened with Donn's (Challenge Tires) help. It's something I need to work on. I was stubborn and didn't take a bike change on Saturday, when it was really needed, so by the end, my bike had about 20lbs of excess mud on it! Sunday wasn't so bad because there was water falling from the sky and spraying up at you as the course had basically been drowned.

Our tents blew away on Saturday night, so yet again, Ben Turner and the Clif Bar Development Team let us take over their trainers, tents, and compost for warming up.